The Wrong End of the Telescope

A writer I know was telling me about some trouble he had once with a novel. It seems that the protagonist, despite my writer friend's best efforts, would not come into focus for the reader. He was a shadowy, vague figure who resisted my friend's efforts to see him clearly.

"I just couldn't figure out who this guy was," he said. "It's like he was invisible."

Predictably, my writer friend complained about his troubles to his wife. "No matter how hard I try, I just can't see my main character. He's like this fixed point around which all the action of the story moves, but he himself is always out-of-focus."

"Maybe that's the problem," his wife said. "He's a fixed point. He's not really a character."

"Maybe," his wife continued, "If he was a character in someone else's story, you could see him better. You could figure out who he is."

"Why don't you write the story from the point of view of the villain--the antagonist guy? You know him pretty well, right? If you have to look at your protagonist as a moving object--a character, you know--in the antagonist's story, you'll have to flesh him out, won't you? You'll have to make him 3-dimensional, I think."

And she was exactly right, and that's exactly what my writer friend did: he thought about the novel as being more from the antagonist's point of view. For the first time he really looked at his protagonist from the outside and could see who he was and what made him tick. The novel got a whole lot better when he rewrote it, and was eventually sold and published and my writer friend is working on another book now.

Also! You Americans out there! Don't forget to vote! 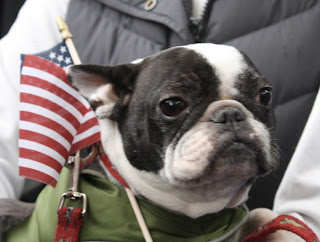