This week The Literary Lab presents a series of guest posts exploring the conventions of different genres and what writers love and loath about each of them. We're starting off with Tara Maya on... 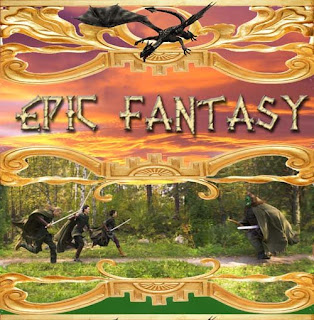 Different parts of our brain crave different flavors of fiction. We label these flavors genre. It's common to say that genres are the invention of Marketing, and perhaps this is true, but then the same could be said of the deli and the bakery sections of the supermarket. Different aisles are set aside for meats and breads because the differences between these kinds of foods are real; the same is true of brain food.

Some writers can't stand genre restrictions. Fine -- this is what goulash is for.

I like genres. I'm curious to know why there are certain flavors. I, for instance, write epic fantasy. But why is fantasy pleasing to some palettes (and not to others)? Why is it often dismissed as adolescent wish-fulfillment (and is there any truth to the allegation)? I think the key to finding out involves asking what part of the brain craves the nourishment of epic fantasy.

The roots of fantasy are in the fairytales, legends and epic sagas which are found in all cultures all over the world. On the surface, fairytales look much like religious stories, in that both involve strange, miraculous events, unusual people, sometimes even gods. But there is a difference. Religious beliefs are held to be true by the communities which propagate them (even if outsiders may call those same stories "myths" or "superstitions.") Fairytales are not believed even by the people who tell them, no matter how "primitive" the people may be. In a sense, fantasy is THE oldest form of fiction.

Clearly, the appeal to the brain of ordinary objects doing impossible things (flying rugs, pumpkin coaches), people who shift shape (swan maidens, wolf men) and heroes who battle monsters is quite strong. Modern fantasy shares all of these tropes with ancient fairytales.

Perhaps the closest to modern fairytales is Paranormal/Urban Fantasy, which presents the "real" world, with the slight addition of a surreal element. The appeal of Twilight may be that it is a modern fairytale, pure and simple. (Sorry, no layers! But does Cinderella need layers?)

I would like to suggest, however, that epic fantasy goes beyond modern fairytales. There is another layer.

Epic fantasy draws on sagas and histories and even anthropologies of other cultures. Masters of the field, such as Tolkien and Lewis, were actually medievalists who had read many of these works (in their original tongues, no less). Tolkien, for instance, studied Beowulf, the Norse sagas Volsunga, Hervarar and Edda, the Finnish Kalevala, and of course, the German cycle of the Nibelungenlied (of Wagnerian magic ring fame).

However, in creating an entire world with its own mythology (which, in this imagined world is not a fairytale but a history), the epic fantasy writer is actually demanding more of the reader than to imagine a single fantastic element in the otherwise ordinary world. The epic fantasy actually demands that the reader consent to becoming an anthropologist or historian of an imagined world. The reason so many epic fantasies portray quests is because the travel structure enables the reader to explore the world, just as a visitor to a new country would; likewise, the reason so many fantasies involve kings and knights fighting great wars is because this is precisely what tends to go down in the annals of real histories. Why do fantasies insist on polysyllabic names, which begin with "Xh-" and include apostrophes and umlauts? Because foreign and ancient tongues are strange and difficult to pronounce, yet exotic, beautiful and ultimately logical in their own way. 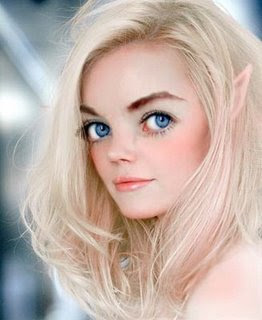 Crack open a fantasy book, and you will be asked—with greater or lesser graciousness, depending on the skill of the writer—to pronounce odd names, learn a specialized vocabulary, remember convoluted genealogies, appreciate arcane details such as how dwarven armor differs from elvish armor, envision the anatomy of impossible zoologies and unravel byzantium magical systems. It’s uncomfortable at first, even for experienced fantasy readers.

I think this discomfort is deliberate. For fantasy readers, it is -- ironically -- indispensable to the pleasure of the genre. One of the primary rewards of fantasy is the same reward we get when we travel to a new and totally strange culture. In other words, it's a whole genre devoted to recreating Culture Shock.

There's an old saying attributed to some Great One in The Field that "the Golden Age of Science Fiction is twelve." (Amusing discussion found here.)

Many more people read fantasy and science when they are young than latter in life. This has always puzzled (and annoyed) writers in the genre, who obviously represent the few social nimwits who didn't outgrow the phase. My theory is that children and adolescents are naturally more adept at exploring new cultures. Adolescence is a time when new cultures, including new names, new vocabularies, are tried on and discarded again in quick succession. Most people will tire of this fairly quickly, and move on to other genres. The remainder will be cursed to read, and maybe write, fantasy.

This may also be the reason much fantasy is (considered) puerile. If the last time one read a fantasy, one was twelve, one will have only have taken from the story what a twelve year old would. (Those whose only experience of literary fiction is what they were forced to read in school have a similar problem). And, of course, much of the genre is written for twelve-year olds. There's nothing wrong with this. I love to visit Narnia and Hogwarts. There is also such a thing as fantasy written for adults however, although even this is often mistakenly foisted on children. For instance, I read The Last Unicorn in Middle School, and didn't much care for it, except I liked the cartoon version of the unicorn girl, because she was pretty and angsty. Not until many years later did I re-read the classic and realize it wasn't a children's story at all, nor a coming-of-age story as so many epic fantasies are, but a coming-of-middle-age story. I enjoyed it much more on the second reading.

When I write fantasy, my goal is to keep all the mind candy: the shape shifters, the absurd battles against outrageous monsters, the unbelievable coincidence that the hero is really the heir to the lost throne and the only one who can save the world. I also try to build a world with bizarre names, strange foods, customs, clothing and attitudes, to induce culture shock in my reader, followed... if I am ever successful... by the odd sense, known to any sojourner in a strange land, that the new culture has over time become the more familiar, and it is our world, mundania, which gives us culture shock when we close the book.
Posted by Davin Malasarn at 4:00 AM