You Really Aren't the Sherlock Holmes of that Manuscript

I must confess that as a writer, I'm a compulsive editor, and sadly, not only for my own work. If someone hands me their writing and asks me their opinion, I'm usually bleeding red pen all over it as I mutter to myself, "well, that could be better, why did he use that word? why is this character's dialogue so stiff? that's a silly plot point..." and so on. Only later, after I've torn apart the writing, will I go back and find things I like.

I'll bet you do these things, too, or you have at one point. Admit it.

I'm a critic. Everybody's a critic. Most writers are terrible critics. We look at writing, published and unpublished, and wonder why it wasn't written better. We're detectives, see? We're constantly sifting through words to see what's wrong.

Loren Eaton wrote a fabulous post awhile ago titled "In Our Own Image." I liked this post for a lot of reasons, but mostly because I related to it and said to myself, I need to stop! His graphic that went with the post: 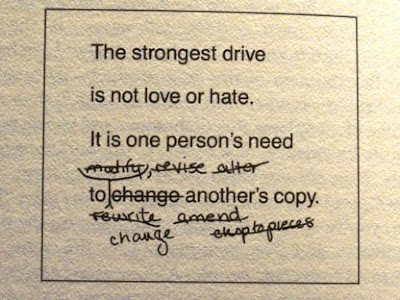 Anne R. Allen also wrote a post about this subject, titled "Beware the Authority of Ignorance," but in the vein of amateur editors. She wrote her post in answer to a quote shared by Victoria Mixon (Victoria is a professional editor).

"I am never shy about it when a professional is doing the reading. But God save me from amateurs. They don't know what they are reading but it is much more serious than that. They immediately start rewriting. I never knew this to fail. It is invariable. They have the authority of ignorance, something you simply cannot combat." - Steinbeck

I loved what Anne shared in her response post because it struck a chord for how I used to think in college:

An amazing number of people, even decades out of adolescence, still think negativity sounds smart. But it’s good to remember that any Archie Bunker can look at a Picasso and say, “My two-year-old paints better than that!”

I remember making a lot of stupid remarks in my college classes - always negative insights into a work - because, you know, negativity sounds smart.

The truth is, when we find negative things to say about writing, we're usually going for the easy kill. What you should really be looking for are the good things, and like I've heard said before, build your criticism like this: 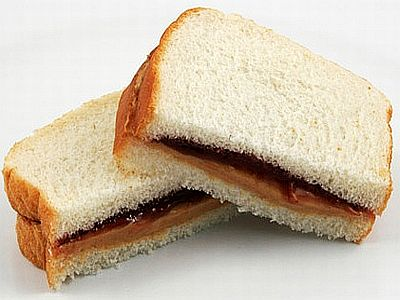 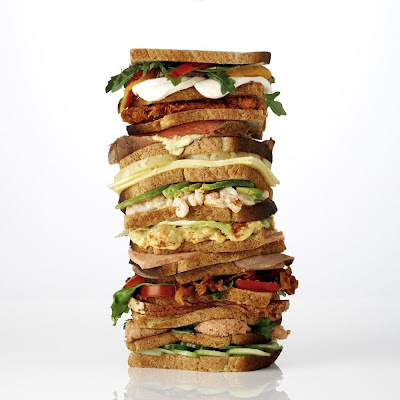 The outside bread pieces are the nice things you say. Everything in the middle: negative (even if it's constructive).

We've written a lot of posts on this blog about criticism, and this one is nothing new, but I'd like to point out today that oftentimes when we critique or beta-read or whatever you want to call it, we sometimes fall into the trap of looking for things we would change if it was our own writing, or we focus on line-editing almost every paragraph in a 70,000 word novel (when line-editing is probably the last thing it needs at the moment, especially by me, a non-professional).

Also, one of the best bits of advice I've ever received was that if all you can find are negative things to say about a work, you should probably hand it back over to the author and tell them to find someone more objective to look at it. Sometimes there's nothing wrong with a piece of writing. Most of the time I'm simply measuring it up to some golden standard in my head - a standard that is often unfair and ridiculous.
Posted by Michelle D. Argyle at 6:50 AM