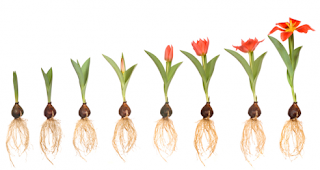 Loren Eaton wrote a good post yesterday about serious, weighty books dying. That, and the poem is dead. And I stopped in my tracks and thought, really? Really? Poetry's dead? Does everybody really think poetry has died? Loren seems to, and that's okay. Maybe we're talking traditional poetry, here? THE POEM, not poetry in general. You know, sonnets and sestinas and haiku. But I still don't think those have died, nor are they dying.

My boss at my old job had a twelve-year-old who was obsessed with song lyrics. She would write them down in books and read them over and over and then she'd write her own poetry and lyrics in response. She's part of this "rising generation" that has a short attention span. I'm sure she uses Twitter now, and Facebook, and has a hard time reading classic novels in English class. But come on - poetry seems to be at the root of many writers I know, whether they admit it or not. We're stringing otherwise lonely words together to create a cohesive story - something that breathes and flows.


My Favorite Definition: Poetry is an imaginative awareness of experience expressed through meaning, sound, and rhythmic language choices so as to evoke an emotional response. Poetry has been known to employ meter and rhyme, but this is by no means necessary. Poetry is an ancient form that has gone through numerous and drastic reinvention over time. The very nature of poetry as an authentic and individual mode of expression makes it nearly impossible to define. (thank you, about.com)


I wrote a post about poetry not too long ago. It got a bit of attention, and I think it was a great post. You should go read it. I suppose my focus here today is a bit different in the fact that I just want to shout out that I don't think poetry is dead or that it is going to die. I think it has evolved, yes, and in good and interesting ways. It has always evolved. Perhaps that means poetry is turning into something even more beautiful and versatile than it has been in the past.

To me, when I use imagery and focus on the sounds of words, I'm using poetry. When I listen to a song, it's a form of poetry. I guess it's like film vs. digital - film will never die. It remains an art form, although used by less artists, and film is superior to digital in several ways. For that reason, I believe it will always be around. I suppose Loren's post may be referring to the fact that the masses don't love poetry anymore, or that they don't love the weightier literary novels that only weighty literary circles pass around and actually read. Still, in my opinion, unless something goes completely extinct, it's not dead. People still write poems (there's a list of them in my other post), even traditional poems. Gasp. And there's journals that print them and classes that teach about them at universities. To me, that's not DYING. I like to think that if poetry sticks around, then THE POEM won't die, either. I like to hold onto that glimmer of hope that one of the most beautiful, original things about language will never disappear.
Posted by Michelle D. Argyle at 7:29 AM